How to Stop Breastfeeding
the Painless Way 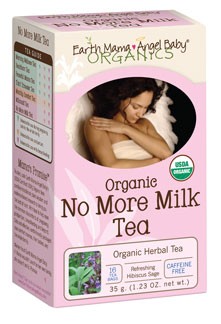 So needless to say, stopping breast feeding isn’t as simple as it sounds.

You must remember one important thing when learning how to stop breastfeeding: Your body will continue to produce milk as long as milk is constantly coming out of it.

To put it another way, imagine having your favorite sweet in a jar, (breast milk is your baby’s favorite sweet right now! and it’s actually sweet!) and every time you eat from that jar, it fills right back up. To the max!

That’s what your milk is doing.

If you don’t eat from that jar for a while, it will stay filled and keep filling, spilling over, until it realizes that you aren’t eating from it anymore, that you don’t want that particular sweet anymore.

This is how your body responds when you start the process of weaning from breastfeeding.

If you just stop giving your baby milk or stop pumping milk all of a sudden, your breasts will fill up to the max, needing to spill out, on the verge of leaking at anytime. Feeling like they’re about to pop open at any moment!

That, my friend, is called engorgement. And that is the painful way of how to stop breastfeeding.

These herbs will come in handy while trying to stop breastfeeding.

Then there is the emotional pain of hearing your toddler or almost toddler constantly asking to nurse, in their own way, and you constantly telling them no, in your own way.

How to stop breastfeeding a baby gradually 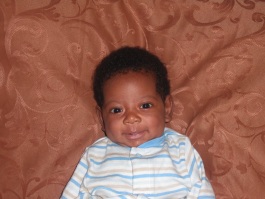 Weaning a baby is much easier than weaning a toddler. Why?

Because a baby can come to love a bottle when they have no other choice. If you take the breast away from them, they have to eat from somewhere, and they know this. So if that other choice is something besides the breast, then they’ll take it.

I’m not saying to not nurse your baby until they are one, two, three years old, if that’s what you want to do, because it will be harder to wean them later. All I’m saying is that it will take more of your patience when weaning a toddler than it does a baby.

If you’re breastfeeding only, the best way to stop is to gradually cut out nursing and substitute with a bottle.

Instead of nursing every two hours, start nursing every three hours, then every four hours, and so forth. Gradually increase your stretches of not nursing. Your baby can still eat, just give him a bottle instead of your breasts during those periods.

And when you feed your baby a bottle, hold him very close to you, just as if you were nursing.

Do this for a few weeks and your milk will gradually decrease, just like the sweets in the jar. And your baby will get used to taking the bottle instead of your breast.

If you pump and breastfeed or pump only, gradually cut out some pumping sessions.

If you pump three times while you’re at work, start pumping only twice, then only once, then none at all. Nurse your baby only when you’re with them. And once you stop pumping at work completely, then gradually stop nursing your baby at home by doing the things stated earlier, as if you breastfeed only. Of course, make sure you substitute with some type of milk.

If you pump only, do the same thing as if you were breastfeeding only, by gradually increasing your stretches of not pumping.

That is how to stop breastfeeding a baby.

How to stop breastfeeding a toddler gradually 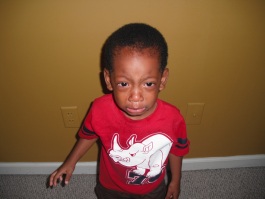 You have to have a bit more patience when it comes to knowing how to stop breastfeeding a toddler.

The older they are, the more they will understand. But when they’re in that middle stage, between being a baby and being a “big” kid, they want what they want, when they want it.

Some toddlers can get extremely aggressive when you tell them no more nursing. To the point of hitting you or grabbing your shirt and pulling it up themselves in order to nurse!

And some toddlers will just cry and constantly ask to nurse over and over until you give in……and you will give in sometimes. Their cries are just too, too precious to ignore all the time!

Especially if you have a toddler like my middle son, that likes to whisper in your ear and tell you that he wants to nurse. How can I say no to that charmer!

With a toddler, you have to say no and then distract them with another activity. You have to give them something to take their minds off nursing.

You would wean them the same way you would wean a baby gradually, by increasing your stretch between pumping and/or nursing, but if you don’t want to give them a bottle or cup in place of your milk, you have to give them something to do.

Nursing is more than just food for your baby. It’s comfort.

When my son asks to nurse, sometimes I say, “No, no more nursing” or I’ll say, “You’re a big boy now, nursing is for babies” or I’ll tell him to hold on until I finish doing something, or I’ll say “Ooh, wait a minute, let’s go do this!”. Then I’ll find something for us to do, like go outside, sing, color, anything to get his mind off nursing at that time.

I have to admit, I do give in a lot to my babies when I’m weaning. A lot of times when I don’t feel like hearing them whine about nursing, I’ll just let them nurse. It took half a year for my first son to be completely weaned.

After he was weaned, I actually started using breastfeeding to threaten him sometimes when he cried, saying that I was going to make him nurse since he was a baby! That made him cry even more because he didn’t want to nurse, he said he wasn’t a baby. Go figure!

Two things to remember when weaning your baby or toddler:

• Don’t just stop nursing all of a sudden, do it gradually, the pain free way.

• Don’t give up. Now that you know how to stop breastfeeding, it may take some time for your baby to stop wanting your sweet nurturing milk, but it’ll happen eventually.

Stay Home with Your Baby!

The MilkMaid gives you Money Making Ideas I've used to make $1500 in one month at home!

Stay Home with Your Baby!

The MilkMaid gives you Money Making Ideas I've used to make $1500 in one month at home! 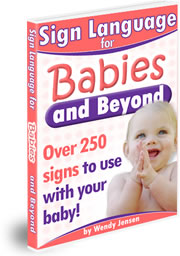